Phillipstown is located in the east side of Christchurch, in the immediate vicinity of the City Centre.
Phillipstown – and the close suburbs - is one of the most deprived area in Christchurch (in 2013, 45% of the City's population living in decile 6-10 areas resided in Linwood-Central-Heathcote Community Board's area and Phillipstown is mostly in the range 8-9 of the NZ Deprivation Index).

According to the data collected for the 2018 Census, in comparison to the average data of the whole City, Phillipstown is an ethnically and culturally diverse neighbourhood with a greater Māori and Pacific presence and a higher percentage of migrants especially from Asian countries (India and Philippines). A third of those living in Phillipstown are born overseas with a high percentage of the population arriving in New Zealand within the previous year.
​
Statistics paint a picture of a potentially highly transient environs and of a neighbourhood where the ethnic and cultural diversities can affect the social cohesion, links and relationships between long-term residents and newcomers, and among newcomers themselves.

The PCCCT impact focuses on Phillipstown. Its services and programmes are open to the wider community at no cost. The structure allows the office to respond promptly to the changing needs of our community offering a variety of opportunities which can be tailored on the people’s needs.
​
The PCCCT values collaboration. It informs the whole Trust’s approach. Since its establishment, the Trust has been part of the life of the Phillipstown residents, working closely with the Primary School and the other organisations operating and based in Phillipstown (Phillipstown Neighbourhood Policing Team that was established in 2012 and the Phillipstown Forum).​ the Phillipstown Hub is the example of how much collaboration is valued and important for the trust. 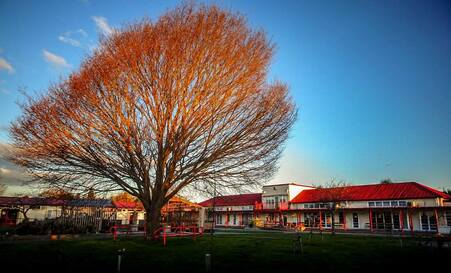 Community consultations run by the Trust together with the Local Community Governance Team between 2011 and 2014 showed the clear need for a continued gathering place in Phillipstown: “A hub was envisaged to facilitate educational, social, health and recreational service and opportunities for residents.” (Phillipstown’s Future: perspectives of residents and local organisations, August 2013- February 2014, Christchurch City Council).​
​
​In December 2014 Phillipstown and Woolston Schools were merged to become Te Waka Unua School; however Manual, now known as the Linwood College Technology Centre, remained on the site. In early 2015 the Trust signed an agreement with the Ministry of Education to manage the closed school site and turn it into a community space, now known as Te Whare Whānau Whānui - the Phillipstown Community Hub.​
Since its inception, the Phillipstown Hub has been a vibrant and ground-breaking asset for both local residents and close neighbourhoods: it is home for 10 permanent organizations and for more than 55 community groups (in the last 5 years more than 90 groups have delivered their programmes from the Hub).
​Each week, between 850 and 1,000 people walk through the gates to attend the (more than) 100 weekly activities.

In the last years the PCCCT has evolved in providing a relatively small community centre employing a limited number of staff to a managing and operating much larger facility with other user groups and a greater number of staff.
In a short period of time the Trust has grown into this incarnation while maintaining its focus on community support and development and created the foundations of a consolidate neighbourhood. It has proven to be a mature, resilient, well-managed and directed, financially strong and structurally solid organisation able to face and win over challenges and to realise great projects to respond to the community needs and to improve its wellbeing.

​The next years’ commitment of the Trust will focus on growing and expanding its impact in the community, finding new and creative ways of continuing assisting the local residents, supporting leaders in the community, collecting voices and representing Phillipstown, improving internal capability and sustainability while – and this will be the most demanding challenge - securing a permanent Hub in Phillipstown. Collaboration at the Hub 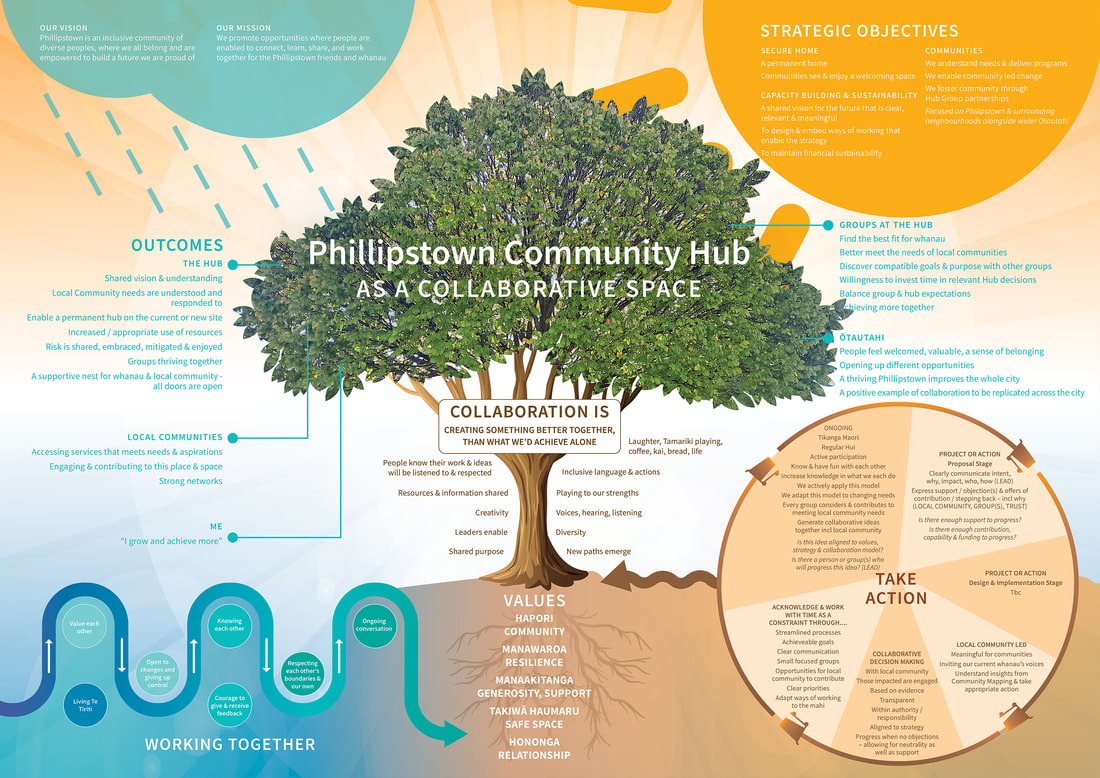 The Trust signed on the 19 November the Sustainability Charter approved by the Waikura (Linwood-Central-Heathcote Community Board). 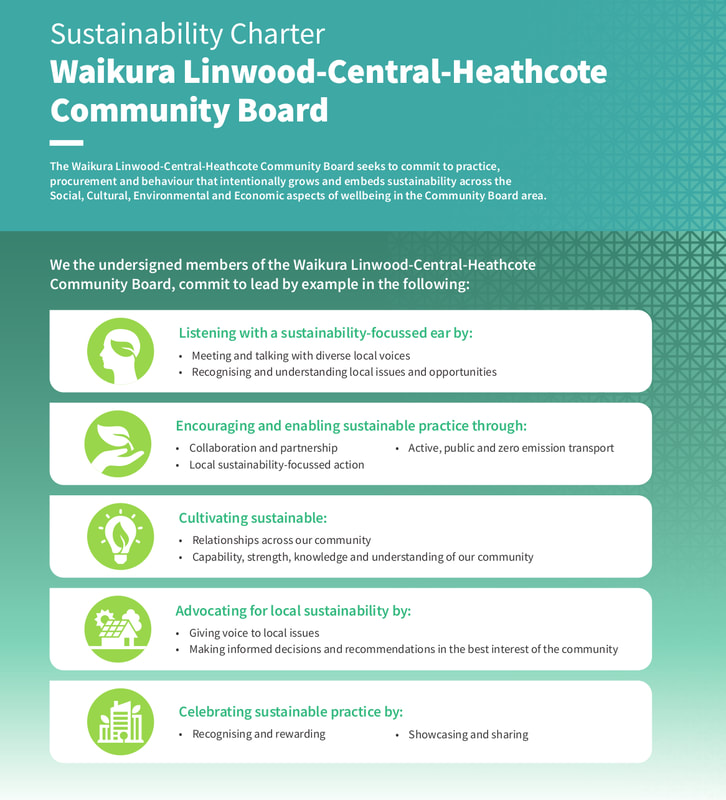